The Pursuit of Happiness II

The Pursuit of Happiness II

This Grand Experiment, this socio-political laboratory bordered by the Atlantic and the Pacific was at the time of its allocation, and still is in many respects a very radical concept to undertake. The grandiose belief that man, the common man could decide his own fate without the vain intervention of a king or queen by class distinction or oppression of the will of the populace was near heresy and treason at the time. These high ideals had been discussed in length in the Western world tradition since the 1600’s. Montesquieu, Locke and Hume expressed this equal representation of a democratic Republic as the theoretical ideal form of government. Perhaps thinking it impossible in the era of nobility and peasantry. 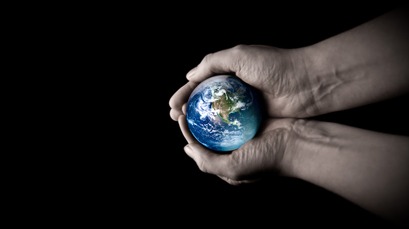 However they thought, the stars aligned, the planets were in the right rotational cycle…rather, it was the Divine Hand who intervened in the course of mankind and created with the right circumstances that such a revolutionary form of government could be had and flourish as it did. Success in this, where innovative thought, progression in methods, and ingenuity could be fostered, was determined by the “preparing of the field” that the seeds of Liberty, Independence, Free Agency, and Manifest Destiny could take hold.

Those in that opportune time, who were at-the-ready (and some who were not) dared not only to ponder such a design in a country that was new to them but also to take action toward it. Their names are known, and some not so well, that worked to this end. Franklin, Adams, Jefferson were set to wrap these theories that spurned them all to action in a declaration of their intent. Not only did they do the world an incredible favor in setting Life, Liberty and the Pursuit of Happiness into eternal remembrance, they also set forth to the world that they were doing these things with the knowledge of Divine Sanction. “We hold these truths to be self-evident, that all men are created equal, that they are endowed by their Creator with certain unalienable Rights,…”

The American Experience is built upon the thought and knowledge that God, Life, Liberty, and the right to pursue happiness are all inseparably intertwined. That He is the source of such and it is on that authority they took action, and formed the institutions made clear in the founding documents of the United States of America.

– “The liberty enjoyed by the people of these states of worshiping Almighty God agreeably to their conscience, is not only among the choicest of their blessings, but also of their rights.” – George Washington

The idea set forth from our Founding Fathers that it was the inherent desire to gain that happiness which drove them to seek to be their own actors upon their fate:

– “Our greatest happiness does not depend on the condition of life in which chance has placed us, but is always the result of a good conscience, good health, occupation and freedom in all just pursuits.” – Thomas Jefferson

– “More permanent and genuine happiness is to be found in the sequestered walks of connubial life than in the giddy rounds of promiscuous pleasure.” – George Washington

– “There is but one straight course, and that is to seek truth and pursue it steadily.” – George Washington

– “Your love of liberty — your respect for the laws — your habits of industry — and your practice of the moral and religious obligations are the strongest claims to national and individual happiness.” – George Washington

It was in the phrase “Pursuit of Happiness” that our Founding Fathers set forth what the American Experience should consist of. It wasn’t in the pursuit of “filthy lucre” rather it was in the industrious daily doings in building yourself as a better person in Virtues, in Values, and with adherence to the Morals that the Most High Standard set forth in the Holy Bible. Political success, public and individual happiness and adherence to morality, and the religious philosophies of the Judeo-Christian persuasion is what our Founding Fathers saw as THE essential component to the American Experience.

This fact is incontrovertible, evidenced by their writings of the time:

– “Of all the dispositions and habits, which lead to political prosperity, religion and morality are indispensable supports. In vain would that man claim the tribute of patriotism who should labor to subvert these great pillars of human happiness, these firmest prop of the duties of men and citizens. The mere politician, equally with the pious man, ought to respect and to cherish them. A volume could not trace all their connections with private and public felicity. Let it simply be asked: Where is the security for property, for reputation, for life, if the sense of religious obligation desert the oaths which are the instruments of investigation in courts of justice? And let us with caution indulge in the supposition that morality can be maintained without religion. Whatever may be conceded to the influence of refined education on minds of peculiar structure, reason and experience both forbid us to expect that national morality can prevail in exclusion of religious principle… Observe good faith and justice toward all nations. Cultivate peace and harmony with all. Religion and morality enjoin this conduct; and can it be that good policy does not equally enjoin it?” – George Washington

– “Our greatest happiness does not depend on the condition of life in which chance has placed us, but is always the result of a good conscience, good health, occupation, and freedom in all just pursuits.” – Thomas Jefferson

– “There exists in the economy and course of nature, an indissoluble union between virtue and happiness; between duty and advantage; between the genuine maxims of an honest and magnanimous policy, and the solid rewards of public prosperity and felicity; since we ought to be no less persuaded that the propitious smiles of Heaven can never be expected on a nation that disregards the eternal rules of order and right, which Heaven itself has ordained.” – George Washington

They too rightly knew that to have true happiness in life that God was the keystone, and Godly principles of virtue the building blocks of such; That the general happiness of society could not be severed from the Source from which all-good springs and that the individuals’ right to pursue that interconnected happiness lays within their ability to freely exercise the virtuous, the moral, the Godly.

– “To suppose that any form of government will secure liberty or happiness without any virtue in the people, is a chimerical idea.” – James Madison

– “[A] good moral character is the first essential in a man, and that the habits contracted at your age are generally indelible, and your conduct here may stamp your character through life. It is therefore highly important that you should endeavor not only to be learned but virtuous.” – George Washington

The foundations of which this country was built, the tenets in which were detailed in the debate, writing, and the eventual ratification of the US Constitution are squared solely upon the virtues and authority attributed to God. Indisputable such as they are, that George Washington, our beloved first President made continual mention of them as he parted public life into private gentry. His final public address was in most part what is cited herein. He held, as do I, that we are actors on the stage of this earthly existence, getting the directions from the Producer and Director of the show. It is up to us, individually, to follow their instructions and using our own talents to make the production an overwhelming success or an abject failure.

As much as today’s university professors try to distance, as much as our politicians try to ignore the very basis on which this country was founded, and as much as our society deviates from that base, ie. The US Constitution, it doesn’t change the fact of its reality. The Happiness that can be had, if it is to quench that never ended thirst for it, has to be centered on Godly principles and your squaring yourself to His Nature.

Is this Pursuit of Happiness achievable? You betcha! Will everyone do that? No, as accurately coined by Benjamin Franklin, “T he Constitution only gives people the right to pursue happiness. You have to catch it yourself.”